This week has been rough. Got fleeced by the Track Suit Mafia on the Ramblas. Lost my hat and had to buy a new one on Fontanella street. Now I’m so low on calés I’ve been eating the lemon rinds at the bottom of my cubatas. Sucking on olive pits. But being a detective is a way of life. Common folk, they’d end up in the booby hatch after two and a half days of this.

No new cases. My leads in the old town, strangely reticent. In need of sleuthing activity I get to thinking. The Nit Bus. They converge on Plaça Catalunya where so many of the gypmeisters operate. Under the cover of night, these rat bastards scurry home. No doubt via the Nit Bus.

I’ve been thinking of it all day. The amount of delinquent behavior at night, in such a concentrated area is enough to make the old pump give up. After downing a shot of Mascaró in the Gallego bar on Ronda San Antoni I walk to the metro station. On the way a ramera with cavernous eyes and a pink halter top follows me. She keeps tsk-tsking me. Not tonight, nena. She spits and wheels around. Yeh. It’s tough when dames are all over you. Especially when you got a mission.

The platform at Universitat. Drunken chicas, tourists, and possible members of the Track Suit Mafia. One individual puffing a smoke at the end. Just under the security camera. The metro comes and I squeeze in. It’s thick with smoke. Smells sour, like rum and sweat. Sauced-up Argentineans jumping up and down, banging the ceiling. No shirts. Waving flags. 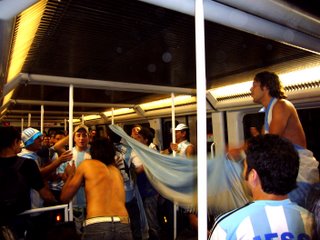 Kids can’t handle their liquor these days. Plus sangre latina and not enough bulls to patrol this burg. Means trouble.

They bounce and grunt like they’re soft in the head. Everybody files off at Plaça Catalunya.

I do a little reconnaissance first. After beating it around the plaza I end up on the median in front of El Corte Inglés. This place. A prime gypmeister spot. Guiris getting off the airport shuttle get gypped here often. Most likely a member of the Track Suit Mafia swipes their carry-on when they’re distracted. Looking at a map. Asking directions. But I don’t see any suspects at the airport Nit Bus stop. Must be sleeping off a hard day of crime. Careless behavior abounds, though. 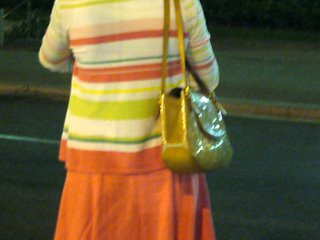 Typical careless behavior. A gypmeister could easily get his lousy mitts on this.

I spot a possible suspect. Track Suit Mafia. He’s dragging a cancer stick, swigging from a beer can. He suspiciously weaves through the guiris. Walks past me to the N15 stop, right as a bus pulls up. A little alarm goes off. Tells me to follow this creep.

I follow this chulo de poca monta, push my way to the back so I can shadow him. He sits on top of the wheel hub and sips beer with impunity. He kind of leers left and right. Lights his cig and puffs. Mashes it out on the molded plastic. 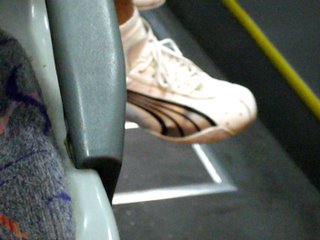 Sartorial style is important. These sneakers mean one thing: quickness for the gyp.

More people file on. Mostly people getting off late shifts. Restaurant workers. Women of the night. One broad with an ass this big. Like the isle. She turns in her fashion, blocks my view of the suspect. All I see is her big fat karina. Across it is printed “Bad Girl”. Three stops later there’s a puff of smoke and the suspect gets off. I see him through the etched window. Striding into orange lit side streets. “Bad Girl” gets off four stops later and we’re near the end of the line. Nothing. Floor is suffused with wrappers, spilled beer. Bus swings around for the center.

Behind the N15 stop. The Nit Bus going to Santa Caloma originates and ends here. Sullen faces. A potential squirrel cage candidate drums on graffiti covered glass. He puffs maniacally on a cigarette burned to the butt. We board the bus six point five minutes later. 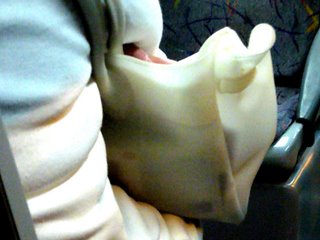 Another example of careless behavior. This lady is nodding off. A gypmeister would be in seventh heaven.

One dame winks at me through caked on mascara. Huffs and sits beside me, across the isle. 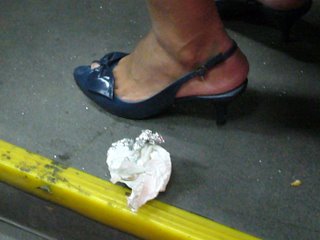 Could be an off-duty puta. Or a dangerous goldigger out to swindle.

I’m beginning to think the Nit Bus isn’t such a good idea. Criminal activity needs a focus of wealth. Guiris are in the center. At the airport. Not on the bus to the outskirts, with doormen, camareras, tired and on the way home. A gypmeister typically would take a taxi with his freshly stolen euros. Crispy. Fast cash, fast spent. The Nit Bus is full of drunks and people too tired to care.

These thoughts. The sway and lurch of the bus. The plastic Bocatta cup rolling in semi circles in the isle. Make me drowsy. I close my eyes and open them again in a near-empty bus. We’re heading back to the center. Outside the window stray cats scamper off, dart under parked cars. Two skinny kids carry a sofa down a mostly deserted street. To the left, the sparkling lights of the Forum. Past the intersection a bus stop with a group of kids. Punkis. And two nengs.

The nengs walk towards the back and grapple the post. One wears a fluorescent green Larsson shirt. Tight. The other a blue and white Kappa shirt. Smell of cologne and gasoline. Hair greased up to a crest. A scooter with a modded tailpipe wheelies past. They yell and pound on the window. They keeping bobbing their heads, but I hear no music. Easy to confuse these guys with the Track Suit Mafia. My guess is they’re in cahoots. One turns to the other:

Larsson Shirt looks around, I pretend to be looking at the hat in my lap. He pulls out a bit of cellophane from cig pack and dips a key in it. Go powder. Yeo. His delinquent friend snorts off the key and goes:

Next stop a group of five pakistanis get on. Laughing like loonies about something. High pitched squeals. Chacho and Larsson shirt are sweet talking a girl to our left, rubbing their nut sacks. “Eh Guapa. Estas para comerte. Eh guapa.” Her eyes are fixed on something beyond the window. 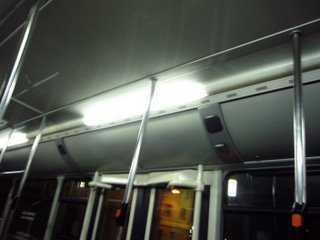 Past the Monumento de Colón, we swerve up Parallel. The nengs make for the door. I follow. Hit the asphalt with both feet and shadow them from 20 paces back.

They walk, accost every female that passes without success and enter an apartment just past the Open Cor 24 hour market. Nada. Another dead end.

My dogs are barking. Hard. I’ve been footing it all day. Past the Bagdad Sex Club there’s gaudy neon stretching up to Plaça Epanya. I light a Ducado. The cherry glows brighter than all the puticlubs dotting the street. Just for a second. There’s a black Seat Ibiza at the intersection blasting some of that teeny dance music. Brother, I need a drink.

3 thoughts on “THE NIT BUS SPECIAL”